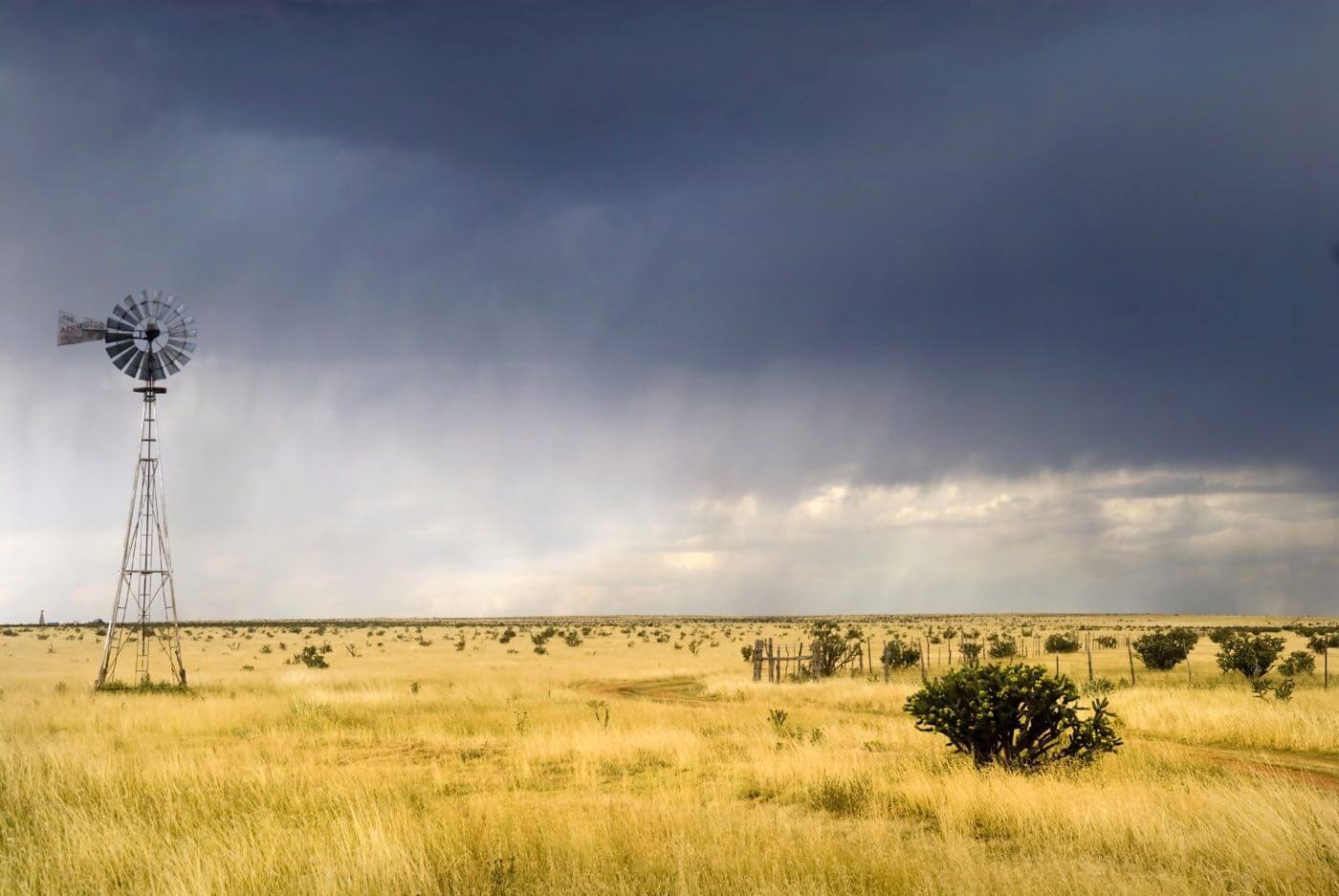 The Role of Soil Moisture on our Climate, Weather and Global Warming

Global warming is a topic that has received much attention in the media, especially during the hot days of summer. The process by which carbon dioxide (CO2) in the atmosphere prevents the escape of thermal energy into outer space is known as the greenhouse effect. The higher the carbon dioxide levels in the atmosphere the less thermal energy that can escape thus an increasing global temperature.

Environmental scientists for several decades now have been establishing trends between anthropogenic (human induced) and natural emissions and the global thermal budget by examining carbon cycles and sources and sinks (removal) of atmospheric carbon dioxide.

Within the framework of the Kyoto Protocol, soil management represents a substantial mitigating factor reducing the atmospheric concentrations of CO2. Countries adopting the Kyoto Protocol can fulfill the carbon budget criteria by creating soil CO2 sinks on agricultural and forested lands.

The global carbon cycle, weather and climate are all heavily influenced by soil moisture. Soil can be both a major source of atmospheric CO2 and a major storage reservoir for carbon with soil moisture being a driving force. In fact, the amount of CO2 emissions from soil is ten times greater than that of human fossil fuel emissions. The CO2 emission from soil is called soil carbon flux or soil respiration and it is the result of bacteria and microorganism in the soil. The consumption of organic material or decaying plant matter in soil by bacteria generates small amounts of humus, and large concentrations of CO2 in the subsurface. Much of the CO2 that is generated diffuses from the soil into the atmosphere while some of the CO2 partitions into groundwater affecting the carbonate chemistry and as a result lowering the pH. The CO2 saturated groundwater will eventually resurface through a stream bed or discharge into some surface water body. When the CO2 saturated groundwater comes in contact with water that is exposed to the atmosphere, the CO2 will equilibrate and out gas into the atmosphere just like opening a can of a carbonated soft drink.

Soil moisture, along with temperature, and organic matter concentrations is a major player in the rate of soil respiration and the fate and transport of carbon in the environment. In arid desert regions for example where the soil is very dry, microbial activity in soil decreases, conversely in bogs and swamps where the soil remains saturated with water, anaerobic (without oxygen) conditions occur which also affects soil respiration. Soil temperature is also important as microbial activity slows with decreasing temperature.

While soil respiration is a major contributor of greenhouse gasses, soil can also be a major reservoir or sink for CO2 by a process called carbon sequestration. Agricultural carbon sequestration is one of the most effective strategies in mitigating the CO2 emissions from fossil fuel combustion. Not only does soil carbon sequestration provide a net sink for atmospheric concentrations of CO2 but it can increase crop yields, minimize erosion, and save in fuel costs associated with farming.

Large amounts of carbon can be stored in the soil on agricultural land by a practice called conservation tilling. Conservation tilling is a strategy that makes the soil more fertile and includes strategic crop rotations, incorporation of organic matter in the soil, and minimizing the tillage of the fields. Tillage increases the rate of soil respiration by increasing the availability of oxygen to microorganisms and it disperses aggregates making the organic material more bioavailable to these organisms. If tillage is minimized, there will be less of a dependence on fertilizers.

In addition to fertilization, increases in the organic component of soil will increases the porosity allowing the plant roots to have easier access to water. In other words, with conservation tillage, it is possible to take CO2 out of the atmosphere and put in the soil to increase crop yields.

One cannot discuss the global carbon cycle and sinks of atmospheric CO2 without making mention of the of the world’s oceans. The oceans represent the biggest sink for atmospheric CO2; more than forest, soil carbon sequestration and agriculture combined. Aquatic plants such as phytoplankton consume CO2 out of the water in conjunction with their photosynthesis. The CO2 in ocean water is constantly being replenished from the atmospheric CO2 because CO2 is soluble in water and it will equilibrate with the ocean water to maintain a constant concentration that is indicative of the air pressure. In other words, oceans inhale CO2 while soils ingest carbon and exhale CO2. Phytoplankton will build their cells with the carbon they receive from the CO2. Once the aquatic plants begin to grow, they will be consumed by other aquatic creatures and the carbon becomes part the food chain.

The global carbon cycle is indeed one of the most interesting and complex phenomenons that affects the climate, the geology and the food chain on Earth and soil moisture is an important player in this process. But how does soil moisture affect the weather?

In physics, when things expand they cool their surroundings. Just like human perspiration cools human skin, when water evaporates out of the ground, it expands both in pressure and going from a liquid to a vapor, cooling the day-time temperatures. At night, the opposite holds true. The increased humidity produced by the evaporation of soil moisture increases the dewpoint (temperature where condensation occurs at constant pressure).

If the temperature drops below the dew point, condensation or dew will occur and this limits the over night low temperatures. When water goes from a vapor to a liquid, it goes to a lower energy state thus releasing thermal energy to its surroundings. In other words, things warm up as they condense. Take for example, the daytime and nighttime temperatures of Arizona and Alabama. Both states are at the same latitude but there is a big difference in daytime highs and nighttime lows and soil moisture is the reason why.

In order to better understand our climate and weather, scientists are studying soil and how it fits in with the ocean in determining global climate changes. In-situ measurements of soil moisture are invaluable for countless environmental models, and for many years, soil moisture data was unavailable to environmental researchers because of the cost and reliability of commercially available sensors soil sensors. The Stevens HydraProbe has become an important tool for many environmental scientist the world over because of number of measurable soil parameters, reliability, and accuracy.