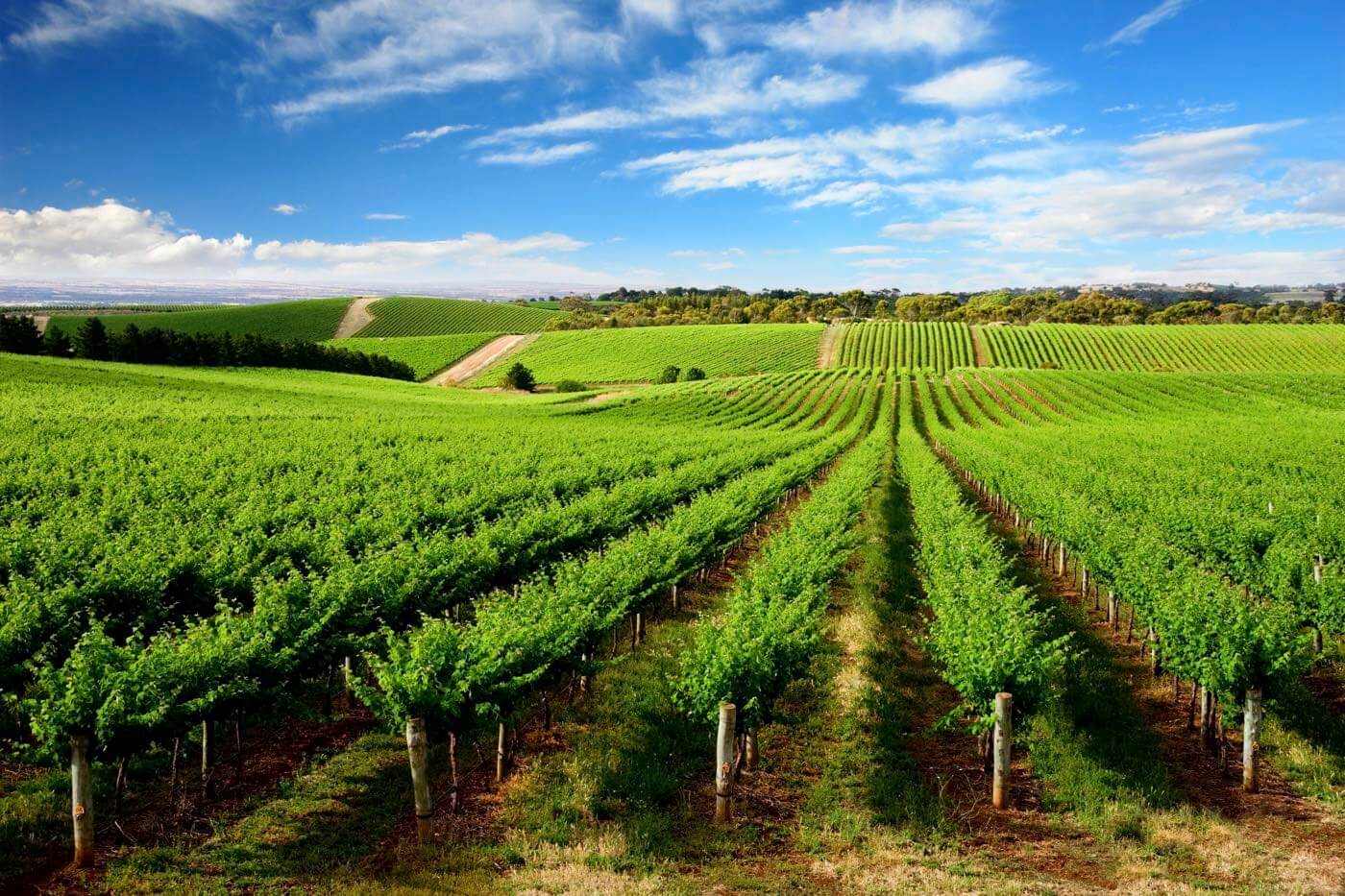 Over the past ten years, environmental monitoring has become increasingly important. Environmental factors such as climate change, dwindling water resources, and threatened habitats are driving the need to monitor the environment and implement better policies to protect it. Many natural processes in the environment are driven by or in some ways related soil hydrological processes. Monitoring soil moisture conditions provides important information for the protection and in the understanding of local and regional water resources. The Stevens HydraProbe soil sensor is the most advanced soil sensor commercially available and described below are application examples where the HydraProbe has been used to gather data.

In arid parts of the world, ancient people farmed and irrigated crops to feed themselves and their livestock. In the desert southwestern US, Mesoamericans were able to grow crops in seemly waterless desert environments, and the irrigation practices of these ancient people remain a mystery. It is believed by some archeologists that the ancient Mesoamericans extracted water from clay confining layers for their crops. Soil moisture probes such as the HydraProbe are deployed in archeological sites to better understand the soil hydrology and to help us understand the day-to-day lives of our distant ancestors.

For thousands of years, people have been growing corn and other crops to sustain the nutritional requirements of the population and livestock. Over the centuries, crops have been domesticated and changed genetically from their wild counterparts for this specific purpose. Now that biofuels are a possible alternative energy source, crops need to be cultivated in order to produce ethanol. In recent years, a new branch of agronomy emerged called biomass studies. Agronomists that specialize in biomass look at new ways to ferment crops to increase the ethanol yields. The goal is to be able to produce ethanol from not only the fermentation of the fruit, but the stems, leaves, and roots. Soil moisture sensors are used in this research to characterize the hydrological requirements of the biomass crops.

Each year, erosion from changes in land use causes millions of dollars in damage to property and natural water systems. In order to understand the causes of erosion and make predictions about when and where erosion occurs, hydrologists need to record rain fall, sediment and soil moisture. The water infiltration rate of soil is a function of soil moisture. If the soil is dry, the infiltration rate will be sufficient to prevent run off. Overland water flow may occur if rain events happen at a time when soil is saturated. Monitoring soil moisture is an important input parameter into erosion prediction models.

Regional drought can severely affect the economy and even lead to starvation in some areas of the world. With advances in computer processing and environmental modeling methods, scientists are beginning to understand regional water budgets and hydrological processes. An important input into drought forecasting models is changes in regional soil moisture. Long-term soil moisture data over large regions can be used to predict and characterize harmful droughts.

Poor air quality from particulates in air can have negative consequences to not only human health but regional ecosystems. Vehicular traffic on unpaved roads can lead to major dust problems. In areas of the Southwestern US, the soil is naturally abundant in several types of asbestos. Local officials close unpaved roads based on soil moisture conditions to prevent dangerous dust situations.

Changes in land use may increase the likelihood of landslides dangers. Each year, millions of dollars in damage to property and lives are lost due to landslides. Predicting and preventing landslide hazards is becoming very important in some urban areas. The inputs to landslide prediction models are slope, vegetation, toe slope, soil cohesiveness, and soil moisture. In some areas that experience perched water tables, the soil in the perched water table becomes very heavy as the soil becomes saturated thus becoming more influenced by gravity. Monitoring soil moisture is an important indicator for landslide hazards.

Due to the increasing need to model, understand our environment and our changing climate, governments are increasing the number of weather station networks (mesonets) and the number of stations within existing networks. Soil moisture monitoring is an important part of most mesonets. In the North America, the Stevens HydraProbe is used in the following Mesonets:

Phytoremediation is the method by which plants are used to remove pollution from soil. After the pollution is taken up by the plant, the pollutant accumulates in the plant tissue and the plant can be disposed of, or the pollutant is transpired into the air where the sun will chemically break it down into harmless daughter components. Phytoremediation has successfully removed chemicals such as PCBs, arsenic, and petroleum products. These phytoremediation plants often require irrigation. Soil moisture sensors insure that the toxins are not leached downward from over irrigation and ensure that the plants get enough water to effectively remove the pollutant from the soil.

In western North America, a large percentage of the water used for irrigation comes from the melting snowpack. There is increasing concern that climate change will affect not only the depth of the seasonal snowpack but when the snow melt will occur. Soil represents a large reservoir for water storage under snowpack. For example, a larger than average snowpack will still result in low reservoir recharge if the soil is dry in the autumn. Likewise, flooding will result from a below average snowpack if there is a lot of rain in the fall. Monitoring soil moisture is a critical parameter for the estimation of reservoir recharge. The US Department of Agriculture SNOTEL program has hundreds of sites in the United States monitoring soil moisture for reservoir recharge models.

In recent years, climate change modelers have identified soil as a major source and a major sink for greenhouse gases. As the fields are tilled in preparation for spring time planting, organic soil becomes more available to microorganisms. The microorganisms will consume the organic portion of the soil releasing carbon dioxide and methane into the atmosphere. Each year, tons of greenhouse gases are released into the atmosphere from agricultural tillage. Agronomists are now conducting “no tillage” studies on certain crops. Cultivating crop without tilling the field will keep the carbon in the soil and reduce the emission of greenhouse gases from the soil. Increases in the organic component in soil increases the soil’s water holding capacity. The water holding capacity of a soil can be correlated to the organic carbon content. Agronomists use data from soil sensor to help characterize the effectiveness of the no tillage method and estimate the rate of greenhouse gas production in specific soil.

Worldwide, there are many thousands of golf courses and sports playing fields that are regularly irrigated. Just as in any other type of crop production, over irrigation will waste water, energy, fertilizer and will generate run off that will negatively affect the surrounding environment. Soil moisture sensors like POGO are an excellent tool to help optimize irrigation of sports turf.

The Stevens HydraProbe is used by many hydrologists in watershed studies from many different institutions. The reason for a watershed study could vary from recharge issues to protecting the water quality of the surface water. The soil moisture is an important factor in the hydrological budget of any watershed.

Wetlands play a critical role sustaining natural habitats and are crucial recharge locations for aquifers. In the planning of construction of new roads, bridges and building developments, it is important to identify all of the wetlands that will be impacted. In the US, environmental laws protect wetlands and impact to wetlands from construction activity is often a legal issue. Soil moisture data can now be used to help regulators identify the boundaries of wetlands.

In an effort to increase the amount of land that can be involved in scientific research at any given time, advanced satellite systems are being used to measure soil temperature, CO2 levels, and more. In order to ensure these systems are recording data accurately, agencies such as NASA are employing the HydraProbe to check and calibrate readings taken by the satellites. The reliability and repeatability of readings from the HydraProbe allow scientist to be sure that the data they collect for these remote studies is accurate and reliable.

Monitoring soil moisture will not only benefit environmental researchers but farmers, golf course superintendents, archeologists, and regulators. Soil moisture sensors play an important role in helping to protect water resources and understand our ever changing climate.

Register to Win a Free HydraGO 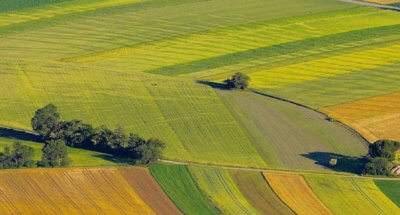 A new study published in the Soil Science Society of America Journal investigated the field performance of 5 soil moisture instruments in heavy clay soils. The HydraProbe outperformed TDR and capacitance-based soil sensors in terms of stability and accuracy in Manitoba’s agricultural soil. Much of soil in the Canadian Prairie farmland is vertisolic. A new

You can change your mind at any time by clicking the unsubscribe link in the footer of any email you receive from us, or by contacting us at [email protected]. We will treat your information with respect. For more information about our privacy practices please see our privacy policy. By clicking below, you agree that we may process your information in accordance with these terms.

Register to Win a Free HydraGO