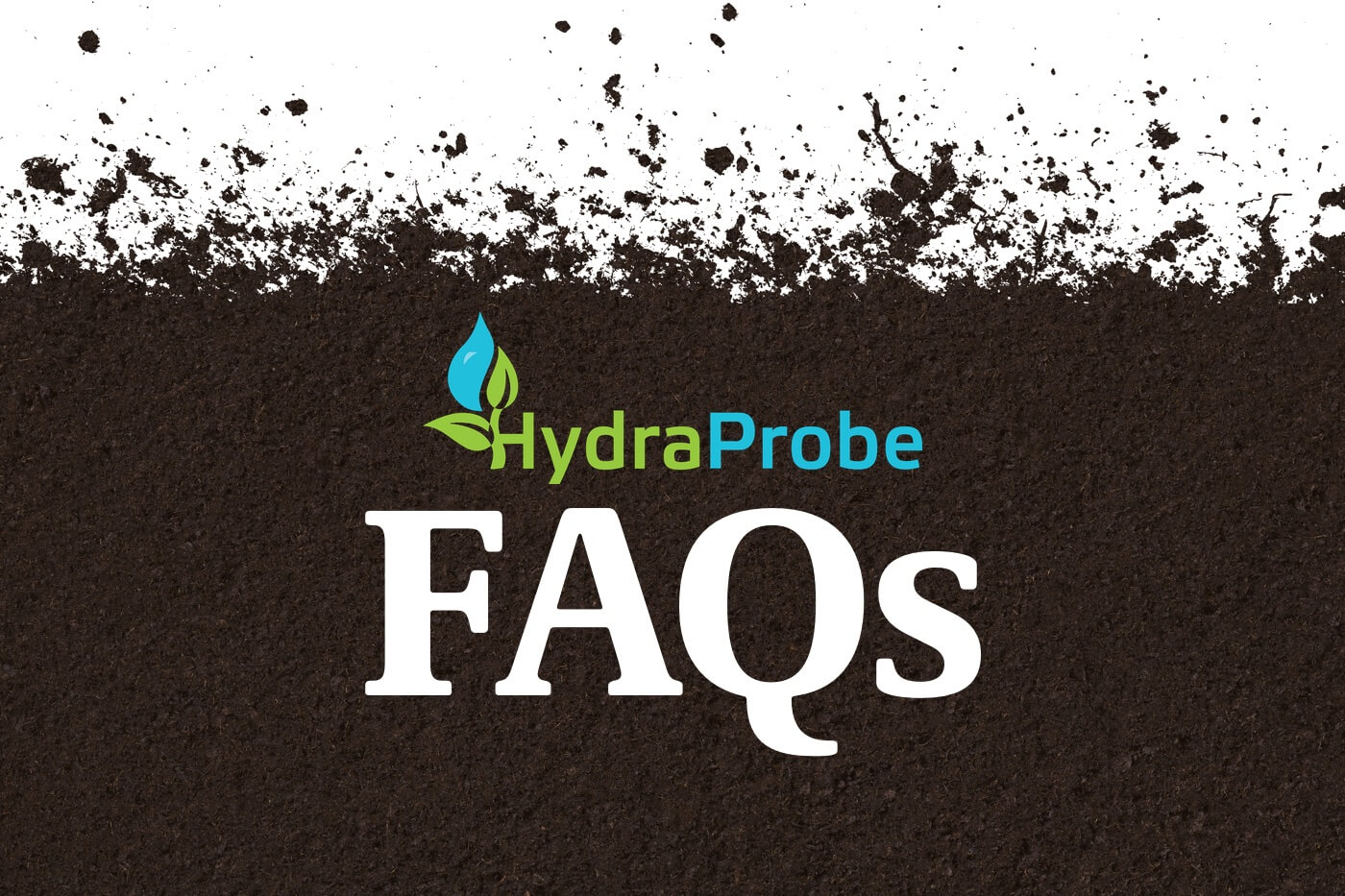 Here are 7 questions and answers about using the Stevens HydraProbe.

Technically speaking, the term “real dielectric constant” is used when the parameter is constant, such as pure water at 20 degrees C, or a pure solvent or an electrical component such as a capacitor.

In soil however, the real dielectric constant is never “constant”. And in soil it becomes a complex number with a real and an imaginary part. Therefore the RDC of soil is called the “permittivity” i.e. the ability of a material to permit the electric field.

So if it is pure water at a specified temperature, you can call it the RDC, if it is soil, call it the real dielectric permittivity.

Q: Do I need to calibrate the HydraProbe soil sensor?

A: In general, the HydraProbe doesn’t need to be recalibrated in most soils regardless of texture or soil type. There are of course some exceptions. The factory general purpose calibration called LOAM now appears in a number of scientific publications and has been found to be fairly accurate in most naturally forming and agricultural soils. The HydraProbe factory calibration was developed by the US Department of Agriculture ARS, scientifically peer reviewed and appears in the Vadose Zone Journal. About 20 soil samples were gathered from across the US representing a range of soil textures and morphologies. A calibration was made for each soil sample and the coefficients for each calibration were averaged.

There can be a lot of confusion about the nature of a calibration of a scientific instrument. In some cases, each sensor needs to be calibrated every time you use it, such as a pH meter in a laboratory.  In the case of the HydraProbe, each HydraProbe is tuned to measure the dielectric properties exactly the same way for every probe; therefore a calibration for the HydraProbe is a polynomial that would work with any HydraProbe. In other words, the soil moisture calibration for the HydraProbe is the relationship between the dielectric properties of the soil and the water content. It is not inter-sensor dependent and will not become uncalibrated.

Creating a new calibration can be time consuming and messy, therefore the user needs to balance the need for more accuracy with the amount of effort it would take to collect good data to curve fit a new calibration.

Q: What is soil respiration?

Soil respiration is the gas exchange between soil and the atmosphere. Soil can store large amounts of carbon as plants die and decay, building up the topsoil with organic material. Once the vegetation on the soil breaks down to a point where it becomes part of the top soil or A horizon, the continual break down and oxidation slows to a steady state. If the soil is tilled for agricultural production, the carbon in the soil becomes suddenly and instantly exposed to air, and moisture, and becomes more accessible to aerobic bacteria and fungi. Once the organic material in newly tilled soil begins this accelerated breakdown, carbon dioxide and methane are released into the atmosphere. The rate at which these greenhouse gases are released is determined by a number of processes, but are highly correlated to the soil moisture and temperature.

Carbon dioxide is exchanged between plants and the atmosphere on a daily basis as photosynthesis drives cell growth during the day and subsides at night. Wind also plays a role as the main transport mechanism. Wind doesn’t travel in a straight line, but rather it is constantly curving or rotating into eddies. Eddy Covariant flux of greenhouses gasses in industrial or agricultural areas is now a major area of research addressing ecosystems, climate change, water balance and hydrological applications.

AmeriFlux is a network of managed sites measuring ecosystem CO2, water, and energy fluxes in North, Central and South America and many AmeriFlux sites rely on the HydraProbe Soil Sensor for the soil moisture data. The AmeriFlux network was launched in 1996 and helps answer important questions about the earth’s carbon and energy budgets. More information about AmeriFlux can be found at http://ameriflux.lbl.gov/

Q: Do I need to make a temperature correction to my soil moisture data?

The HydraProbe’s impedance-based soil moisture measurement is less sensitive to temperature than other technologies such as TDR, and capacitance based soil sensors, because it more fully characterizes the reflected energy distribution. It is also important to note that soil temperature does not fluctuate to the same extent as air temperature and at deeper depths such as 1 meter deep, the soil temperature will fluctuate very little. From our experience, in more than 99% of deployments the HydraProbe has not needed a special temperature correction.

Q: Why does my soil moisture data look “funny”?

There are times when a perfectly good HydraProbe will output data that needs to be examined more closely.

Every site is different and most of the time there is nobody that knows more about the site than the person that installed the soil sensor. If you experience noise, data dropouts, or other data anomalies, we have a checklist that can help identify the problem.

Q: I put a HydraProbe in water and the soil moisture reading is only 80%! Why?

The HydraProbe soil moisture calibration is mathematically curve fit to represent water in soil, not water in water. The moisture reading in water with the default calibration is over the calibration range. The dielectric/water relationship is typically a third order polynomial or exponent function below 60%. Most agricultural soils, mineral soils and woodland soils don’t saturate with water beyond 50%. Some organic soils can hold more than 60% water. If you need moisture in an organic soil that gets over 60%, contact Stevens for an organic soil calibration.

Q: I have a really old HydraProbe that I want to reuse for a new project, how do I tell if a HydraProbe is measuring property?

Clean the head and tine assembly of the HydraProbe and place it in distilled water so the head is completely submerged. Take a reading. In the SDI-12 “aM!” measurement set, parameter 6 (K) is the real dielectric permittivity. This parameter should be about 79. EC is the second parameter in the string and should be close to zero (0.00 to 0.01 S/m).