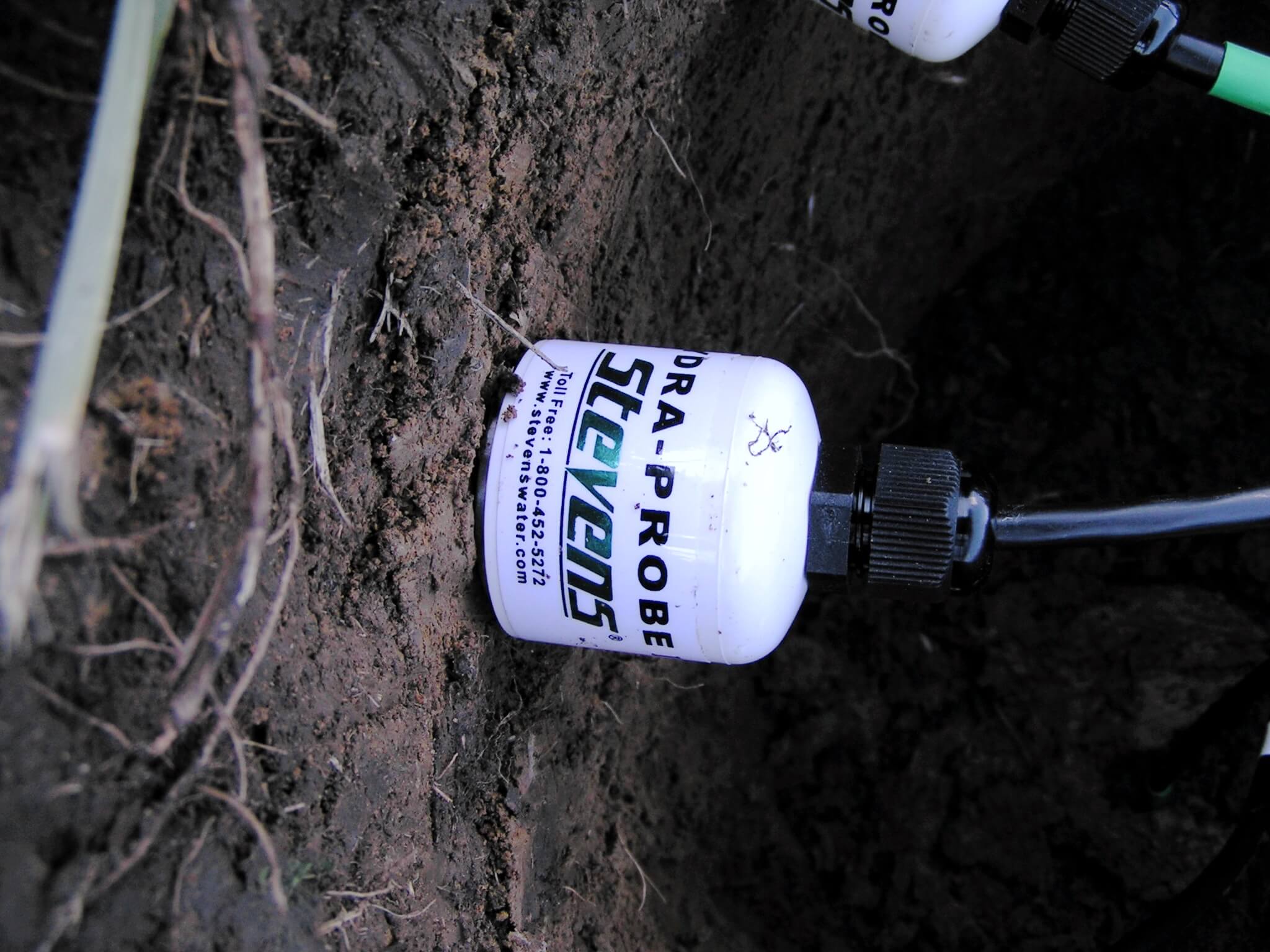 Starting in the late 1970s, the meteorological community became interested in soil moisture after studies were published addressing thermal fluxes between the atmosphere and the ground’s surface. These studies suggested that the water content in the soil played a major role in the water/energy balance between the earth’s surface and the atmosphere, which has an influence on regional weather.

Water supply forecasts in streams for hydropower generation traditionally used Snow Water Equivalent (SWE) and rainfall for their predictions. Starting around the 1960s, soil moisture under the snow pack became recognized as a potential input parameter for watershed hydrology models which could improve the water supply forecasts for hydropower management and all the other demands on water resources, including agriculture.

Agriculture management, food security, and the need to better understand drought drove a need for regional soil moisture and vegetation index maps, which led to the development of the remote sensing of soil moisture from satellites starting in the 1980s. Remote sensing of soil moisture then increased the need for soil sensor monitoring stations to “ground truth” the data from satellites. From this growing interest in the way soil moisture impacts the weather, regional and local watershed hydrology, and agriculture, new analytics, formulas, and equations were developed to better quantify these relationships.

The Topp Equation in 1980 quantified an analytical relationship between soil moisture and a measurable parameter characterizing the storage and distribution of the energy in soil using radio frequencies called the dielectric permittivity, in which soil is the dielectric. As a result, different soil moisture sensor technologies were developed using the fundamentals of the Topp Equation and an electromagnet wave propagation through the soil. Such sensor technology includes time domain reflectometry (TDR), which sends an electromagnetic wave down two parallel guides and measures the time the energy reflects back from the end of the wave guide. Time domain transmission (TDT) sensors measure the time the electrometric wave travels around a wave guide. Frequency domain reflectometry (FDR) sensors derive soil moisture from changes in an electromagnet wave’s frequency after a reflection of the signal through soil. However, these sensors make certain assumptions in determining the dielectric permittivity that could erroneously influence the measurements.

Dielectric permittivity is a complex number containing both energy storage and energy loss terms. Because technologies such as TDR and FDR soil moisture sensors make assumptions on radio frequency (RF) energy loss, factors such as the variability of soil morphologies, and changes in temperature and salinity introduce instability in the determination of soil water content. Since soil conditions and soil types vary from region to region, the expanding interest of soil moisture monitoring on a large scale had researchers concerned over the quality, consistency, and stability of the soil moisture estimations determined by a dielectric measurement. Large regional and continental scale soil moisture networks require a suite of sensors including soil moisture sensors that have a high level of consistency, accuracy, and long term stability. The quality of the sensors is important in providing the high level of confidence in the data sets required by the end users.

Responding to the need for a consistent, accurate, and uniformly comparable soil sensor, physicists at Dartmouth College developed technology to fully characterize the dielectric spectrum from a single frequency based on a series of reflected RF signals. This research resulted in major improvements in stability of soil moisture measurements by eliminating many of the measurement errors associated with soil morphology and salinity. The HydraProbe soil sensor, known as a complex coaxial impedance soil sensor, evolved out of this research by Dartmouth College.

Over the past 10 years, new soil moisture networks have emerged and soil moisture sensors have been added to existing weather station networks. According to the International Soil Moisture Network (ISMN), an international cooperation established to maintain a global in-situ soil moisture database, there are between 50 to 100 meteorological networks with more than 5 soil moisture monitoring stations. About 60% of the soil sensors in these networks are HydraProbe soil sensors at 4 to 6 depths. Some of the largest networks include the US Department of Agriculture’s Soil Climate Analysis Network (SCAN), and SNOTEL (snow telemetry) networks with a combined 620 Stations that have over 3000 soil sensors installed throughout the United States. Another large network in the United States is NOAA’s Climate Reference Network (CRN), which maintains 125 sites with 600+soil sensors. Mesonets and other expanding international soil monitoring networks have deployed an estimated 6,400 soil sensors in over 1800 stations. A majority of these stations include the HydraProbe due to research-quality features including a more complete characterization of the dielectric permittivity which helps eliminate uncertainties associated with soil types, soil morphology, and salinity.

The interest in soil moisture and its impact on weather, hydrology, and agriculture continues to grow, which is driving growth in the soil sensor market. According to Markets & Markets’ independently conducted research, the combined global market size for soil sensors in 2016 was $99.3M and with the growing interest in soil data, this market size is expected to grow to $288.3M by the end of 2025. While the agriculture sector is the major application for soil sensors, particularly economy qualitative sensors that only track relative changes in soil moisture conditions, there is a significant demand for more quantitative soil moisture data enabling water mass balance calculations for Satellite Active Passive remote sensing outputs.

While there are about a dozen satellites in space collecting soil data, the SMAP satellite is one of the most important. Soil Moisture Active Passive (SMAP) is a low earth orbiting satellite launched by NASA in 2013 that has a revisit time of 1-2 days and uses a microwave L-band providing soil moisture data with a resolution of 10 to 40 km. Typically measurement depths are approximately 2 to 6 cm. The SMAP Mission offers significant amounts of data critical for many studies and international scientific collaborations benefitting society. SMAP observation of soil moisture from outer space allows significantly improved estimates of water energy and carbon transfer between the land and the atmosphere. The improved accuracy of these models from SMAP improves weather predictions, as well as flood, draught, and climate assessments.

Soil moisture collected by large satellite and ground-based networks such as SMAP, SCAN, and CRN are critical to the development and functionality of enhanced meteorological and hydrological models and forecasts. Research-grade quality sensors that are accurate, consistent, and durable with long-term stability continue to advance in performance providing experts with a high level of confidence in data sets. In addition to hundreds of smaller studies conducted by Universities and research institutions worldwide, the HydraProbe soil sensor has largely been chosen for most climate reference networks in North America.

This article originally appeared in the Sept 2017 issue of Meteorological Technology International magazine. Read the article in the original context here. 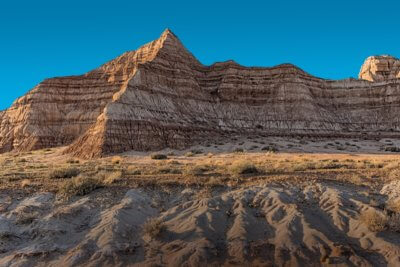 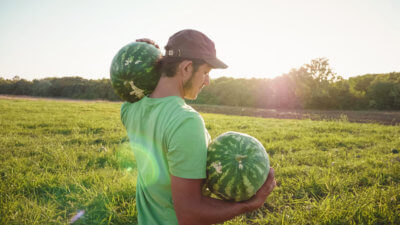 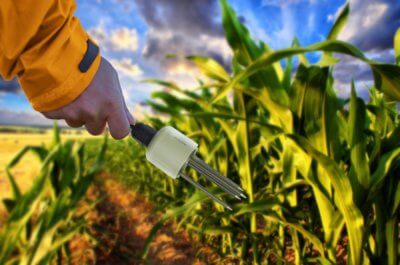 We’re happy to announce the publication of our Soil Resource Guide. Written by the soil experts at Stevens, it contains a wealth of information and will