Groundwater hydrology is an interpretive science: we can’t observe the aquifers directly so we must interpolate and extrapolate our understanding from water-level measurements taken from observation wells. Stevens has expertise for measuring both water quantity and water quality.

Groundwater starts as precipitation, and the portion of the rain water that infiltrates beneath the ground’s surface, either naturally or artificially, becomes groundwater. The remaining  precipitation is used by plants, evaporates, or becomes surface water runoff which can either add to groundwater levels in other areas or be increased by groundwater outflows depending on the geology the surface water travels through.

Groundwater is critical to the communities that are built on or near an aquifer, or the underground layer of water that fills cracks in the rock or sand that makes up the soil. This groundwater layer which makes up about 30% of the world’s freshwater supply is used for many purposes including irrigation, private drinking water, and municipal water supplies.

Groundwater is a key part of a country’s ability to irrigate its farmland. Irrigation systems account for the use of about 53.3 billion gallons of groundwater per day. This usage can be compared to the 1900s when the US only used 2.2 billion gallons per day for irrigation.

Groundwater sources are used by about 33% of the public water systems in the United States. Between public and private water wells about 44% of the US population depends on groundwater for their drinking water. Including drinking water and farming, along with other uses of groundwater such as manufacturing, mining, and thermoelectric power to name a few…79.6 billion gallons a day of fresh groundwater are used.

Knowing the groundwater level is important for several reasons, including understanding aquifer levels under static and pumping conditions, determining how the levels interact with local surface water sources, and understanding how surface development has impacted the aquifer.

A groundwater well may have high water levels; however it may still be unsuitable for drinking water. Water can easily become contaminated because it is a very good solvent and can contain many dissolved chemicals. Rainwater or surface water can come into contact with contaminated soil while seeping into the ground, from that point it can become polluted and carry the pollution from the soil to the groundwater aquifers. Groundwater can also become contaminated when liquid hazardous substances soak down through the soil or rock.

One source of groundwater contamination often overlooked by the general media is contamination from naturally occurring chemicals found in the surrounding rock and soil. Groundwater is not static and as it moves through the ground it dissolves the rock and soil along with any chemicals they may contain. For example, toxic chemicals such as arsenic and selenium are common in some types of rock formations and groundwater near those sites should not be used as drinking water sources until it is treated.

Stevens groundwater monitoring stations will typically use either cellular or GOES for telemetry. For cellular (CDMA/GSM/HSPA),  both Avo and eTracker are cellular gateway which provide “virtual” cloud-based data logging, and therefore don’t require a physical data logger. All data is sent to the cloud for storage (with a backup stored locally) and the station can be configured remotely.

Stevens offers 4 different options for connecting you with your system’s data: 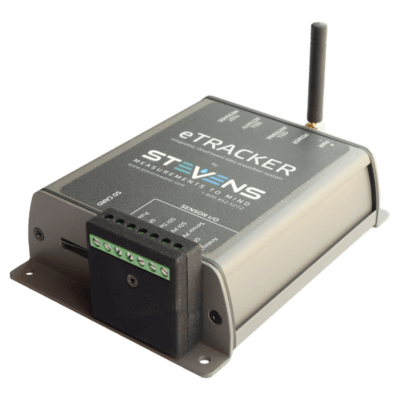 eTracker also sends data directly to the cloud via cellular where it is logged, so it doesn’t require a separate data logger. Choose eTracker if you want to customize what power system components are used, or will be using a greater number of sensors than Avo supports.

Retrieving data is simple with Stevens-Connect, our cloud-based software that requires no infrastructure to scale to any number of stations or users. Use it to configure your station, visualize your data, analyze measurements, manage alarms, perform calculations, and set up data routing. Alternatively, you can have the data sent to any other HTTP or FTP destination or 3rd-party software like Aquarius or WISKI.

Stations built on a platform other than Avo require a power source (battery and solar panel is typical for remote deployments) and a power regulator. SOLO is great choice because it’s a solar charge regulator, intelligent power manager and power system sensor all-in-one (it also allows remote power cycling through eTracker). 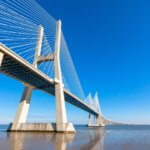